You are here: Home › Diet and Weight Loss › Healthy Diet › 4 Superfoods That Are Set to Take the World by Storm in 2016

It can sometimes feel like so-called superfoods are everywhere these days. But, at least in our humble opinion, it always seems to be the same usual suspects: quinoa, kale, kelp, and so on. We think it’s time to change the record somewhat, and take a deeper look into the future of superfoods. So here are our hot tips for the superfoods you’ll be chowing down on in 2016 and beyond.

Can a superfood also be a superdrink? Of course it can, and coconut kefir is the proof. It’s a thick liquid similar to yoghurt and is made with coconut milk. Kefir is certainly an acquired taste, as it’s naturally sour to the taste, but its fermented nature means that it’s packed with probiotic properties for a healthy gut. In a nutshell, coconut kefir is a great choice for healthy digestive function. 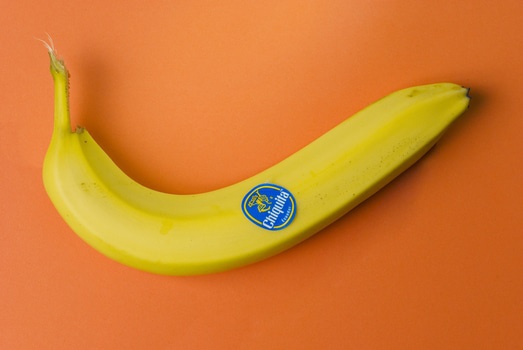 Alternatives to flour are always welcomed with open arms, and banana flour is no exception. Made from green bananas, this type of flour is gluten-free by nature. Banana flour is well-known for being starch-resistant, meaning it doesn’t get digested in the small intestine. What does this mean for you? Well, it can help you to feel fuller for longer and thus assist in weight loss. Despite the name, it’s actually a very earthy flavour and certainly a worthy replacement for regular flour, so you can enjoy all of your favourite baked goods with a banana flour alternative. Sounds good, right?

It’s fair to say that maple syrup isn’t exactly famous for being a healthy food – but maple water is another story. It’s not technically water at all, and is in fact the purest form of the sap that comes from the maple tree. On the other hand, maple syrup is a boiled-down, sticky and very sugary version. Maple water tastes great, with a refreshing hit like water with an added touch of gentle sweetness. The reason it’s a superfood is that maple water contains almost 100 micro-nutrients, including calcium, iron, vitamin B, magnesium, and many more.

Here’s another superdrink for your list: matcha. Originating from Japan, matcha is actually a powdered form of green tea which has been steamed to create a more concentrated version of the drink. One great comparison is to think of matcha like the green tea version of espresso: a shot of pure antioxidant goodness! There have also been studies to support the claim that matcha contributes to a boosted metabolism, making it a great choice for anyone trying to lose some weight. On top of this, matcha can also help combat diabetes and protect the liver and kidneys. That’s what we call a superfood!

Is your favourite superfood on this list, or have we missed one of 2016’s most up-and-coming foodstuffs? Please do let us know in the comments, or share your thoughts with the Sativa Shakes team via Facebook or Twitter.

Jessica has over ten years experience in the fitness industry, working initially as a fitness coach and personal trainer, and then moving into management for several years in health clubs around the UK. Fitness is a way of life for Jessica, spending many hours each week in the gym in order to constantly improve her fitness, strength and skills.
View all posts by Jessica @ Sativa Shakes →
← 5 Super-Healthy Gift Ideas for the Fitness Fanatics in Your Life
Life After Chicken: What will your Vegan Protein Be? →

This site uses Akismet to reduce spam. Learn how your comment data is processed.